The Tale of Bygone Years 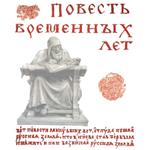 Description The Tale of Bygone Years

The story of the history of the Slavs begins in The Tale with a reference to the Flood, after which, according to the Bible, only the family of the pious Noah remained alive on earth. From all three sons of Noah, all nations, including the Slavs, descended. The chronicler tells in detail about the ancient history of peoples who lived in the territories that later became part of Kievan Rus, about their customs and customs.